Dean and professor of economics at Fudan University, Vice Dean of Fudan Development Institute, Director of the China Center for Economic Studies. 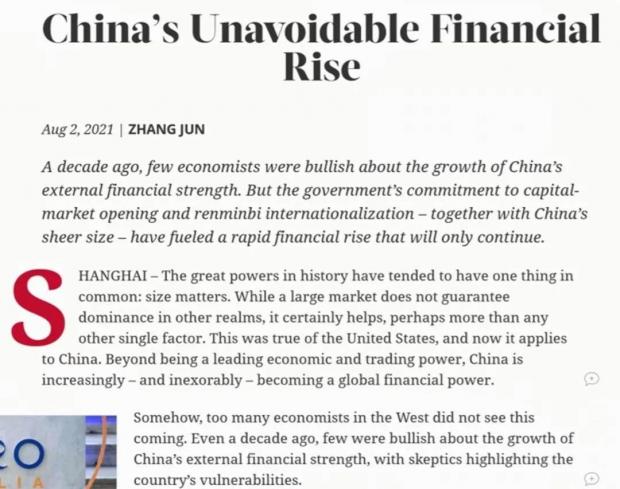 A decade ago, few economists were bullish about the growth of China’s external financial strength. But the government’s commitment to capital market opening and renminbi internationalization –together with China’s sheer size – have fueled a rapid financial rise that will only continue.

SHANGHAI – The great powers in history have tended to have one thing in common: size matters. While a large market does not guarantee dominance in other realms, it certainly helps, perhaps more than any other single factor. This was true of the United States, and now it applies to China. Beyond being a leading economic and trading power, China is increasingly– and inexorably – becoming a global financial power.

Somehow, too many economists in the West did not see this coming. Even a decade ago, few were bullish about the growth of China’s external financial strength, with skeptics highlighting the country’s vulnerabilities.

A rare exception is Brown University’s Arvind Subramanian. In his 2011 book Eclipse: Living in the Shadow of China’s Economic Dominance, Subramanian argued that China’s dominance was not only more imminent, but would also be broader than virtually anyone expected, involving huge financial influence among the domains that China would reshape. Given his prescience, the title of the Chinese translation of his book – The Big Forecast– might have been more apt.

Why did Subramanian see so clearly whatmost economists didn’t? His model, unlike the standard analytical framework ofeconomics, included the variable of size.

The first time domestic Chinese bonds were included in a major global index was a milestone in the opening up of China’s financial markets. And it was followed by more progress, with JP Morgan adding Chinese government bonds to its flagship index in the first quarter of 2020. FTSE Russell will follow suit, beginning later this year.

With that, Chinese bonds will be included in all three of the major bond indices tracked by global investors. It should not be surprising, then, that the RMB Globalization Index, which measures growth in offshore renminbi usage, reached new highs this year, following three years of 40% annual growth.

China launched the Shanghai-Hong Kong Stock Connect in 2014 and the Shenzhen-Hong Kong Stock Connect two years later. Both use a two-way renminbi-settlement system. The People’s Bank of China (PBOC) has also allowed eligible foreign institutional investors to access the China Interbank Bond Market directly, without quotas or restrictions, since 2016. And in 2017, it established China Bond Connect, which gives overseas investors access to fixed-income markets in China's mainland via trading infrastructure in Hong Kong.

These efforts are bearing fruit. According to the Financial Times, overseas investors have bought a net $35.3 billion worth of Chinese stocks through the Shanghai- and Shenzhen-Hong Kong Stock Connects so far this year, an annual increase of about 49%. As of July, they held more than $228 billion in renminbi-denominated A-shares of China-based firms through these channels.

Moreover, overseas investors have purchased more than $75 billion worth of Chinese government bonds this year, up 50% year on year, and about $578 billion in Chinese bonds through the China Bond Connect channel. Foreign investors now hold a total of $806 billion in Chinese stocks and bonds, up 40% from a year ago.

Ultra-loose monetary policy in the US and the European Union during the COVID-19 pandemic has undoubtedly helped to fuel this surge in purchases of Chinese assets. A huge amount of money is flowing out of the US and the EU, and China is a safer destination for it than other emerging-market economies.

As a result, the renminbi’s share of global foreign-exchange reserves is on track to rise at an average annual rate of roughly one percentage point for the next five years. Research by Goldman Sachsand Citi predicts that the renminbi will be among the world’s top three currencies within a decade.

As China opens its capital markets, it is also quietly pushing forward the development of its central bank digital currency (CBDC), the e-CNY. The CBDC is currently being tested in a representative sample of ten key cities, placing China well ahead of the vast majority of other central banks: while 80% have begun to design a digital-currency system, only 16% of them have reached the pilot stage.

China has also been developing a digitalcross-border payment system. Now, the PBOC has joined with the Hong KongMonetary Authority, the Bank of Thailand, and the Central Bank of the UnitedArab Emirates to launch a multilateral research project, Multiple CBDC Bridge,which will explore ways to incorporate digital currencies into cross-borderpayment systems.

While the e-CNY is currently being positioned as a cash-payment voucher, its potential is huge. As China’s Belt and Road Initiative facilitates an increase in trade and investment flows, thee-CNY will expand the renminbi’s use in settling cross-border transactions,reduce dependence on the US-led SWIFT network, and lay the groundwork for the establishment of a more convenient regional digital-currency payment networkled by China. Most importantly, the e-CNY will certainly help China to internationalize its multi-trillion-dollar domestic debt, thereby creating a huge market to turn the renminbi into an internationalization currency.

Whatever challenges China faces, its financial rise can no longer be ignored. And Subramanian’s decade-old prediction remains valid: It will happen faster and more comprehensively than most observers expect. 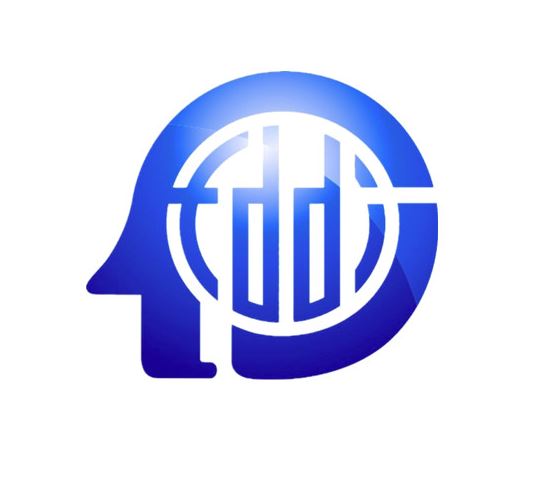